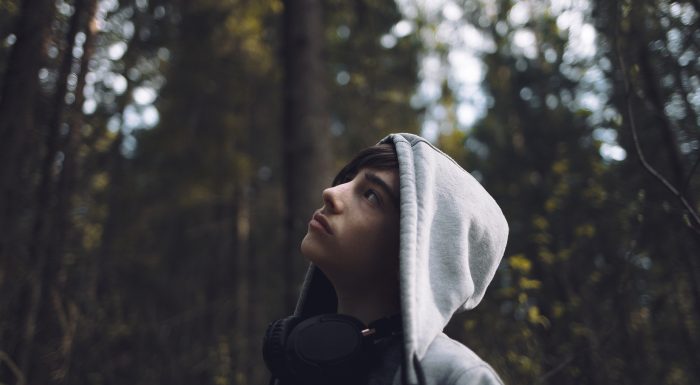 Candy explores gay marriage, addiction in LGBTQ+ communities, and the pandemic of suicide among gay youth.

We take the work that we do for our clients seriously, and have a commitment to share their stories with the world. We recently sat down with Candy Marcum of Candy Marcum Counseling to dive into what makes her tick, and to better understand the trials and tribulations she’s encountered along her journey of specialized counseling services to the LGBTQ+ community for the past 30 years.

J. Waylon & Associates: In 2015, the Supreme Court recognized marriage equality, providing the opportunity for most same-sex couples in the United States to marry. How did this affect couples that you have counseled, and did it lead to more marriage?

Candy Marcum: When the Obergefell vs. Hodges decision was handed down, there were many people who were delighted—myself included. As a Marriage and Family Counselor, I had questioned myself on how “Gay Marriage” would play out statistically. The statistics for “Straight Marriage” were dismal—half of all marriages ended in divorce and two thirds of all second marriages ended in divorce. LGBTQ+ couples had been lining up for years in Vermont, Canada, Massachusetts and California to be able to marry the people they loved. Now, our community can legally marry in every State of the Union. How will our statistics look? What I’ve seen so far is similar to Straight statistics. Living with another person can be the best thing in your life……and the worst thing in your life. As a Couple Counselor, I believe people choose their partners correctly. It’s learning to manage your feelings, compromise and communicate with your partner that can make your marriage the best thing in your life. Using the Gottman Method for Couples Counseling is allowing me to help Couples learn to connect with the intent to being friends as well as lovers. I’m committed to helping our marriage statistics look more positive!

JWA: Part of your specialty is counseling those with addictive behavior issues. What have been the most problematic addictions in LGBTQ+ communities, and have you noticed changes throughout your career?

CM: Statistics have shown that marginalized communities have a higher ratio of addictive behaviors than non-marginalized communities. This is true for the LGBTQ+ communities as well. LGBTQ+ people must learn to internalize and embrace a negative stereo type in order to be their true selves. From the pulpit, from our parents, from our peers and society at large, LGBTQ+ people have heard they are sinners, mentally ill, perverts and not acceptable to be part of the human race. As we come to accept our sexual orientation, we have to reconcile what we’ve been told all our lives to what we know about ourselves inside—we are worthwhile individuals. People of color can turn to their parents, grandparents and the Church for validation. Why, because usually these people are of the same color. This is not so with LGBTQ+ people. We are the only minority whose parents are not of the same minority.

The journey to self-acceptance and self-love can start out as very lonely for people. A stage of coming out is finding like-minded community. Sometimes this can happen early in young adulthood—sometimes much later. A significant percentage of LGBTQ+ people will turn to addictive behaviors in order to dull the pain and fear of rejection from loved ones, God and society at large. Fortunately, there have been studies done that speak to the Lesbian Alcoholic, the Meth Addict, the Sex Addict etc, who use these behaviors in order to cope with being LGBTQ+. It is about running away from the Shame of what people have said we are.

As a Licensed Chemical Dependency Counselor, I understand how to help the compulsive LGBTQ+ person accept who they are and learn to embrace their true selves. It is still a very courageous thing to come out even in these current times. It is never an easy thing to do. What I’ve learned about my community is we cannot tolerate being dishonest about who we are. We do not want to live a lie.

JWA: Within the last decade, more and more gay couples have started to adopt children, inevitably changing the dynamic of a couple’s relationship. What have been the most challenging things that same-sex couples encounter, and is there a different form of societal pressure?

CM: A plus for being a GLBTQ+ couple is you must plan ahead of time on becoming a family with children. This gives the couple time to talk about how the family will be structured. When I work with a couple, I ask them how they plan on parenting a child or children. Will both parents be legal parents of the child? If yes, how have they done this legally? If they need a referral, there are several excellent attorneys who specialize in adoption with GLBTQ+ couples to whom I refer.

Either trying to conceive within the couple or have a surrogacy conception, it can be shocking and devastating to experience loss through miscarriage(s) and/or unsuccessful attempts to conceive. Some couples may go through Kübler-Ross’ five classic stages of grief: denial, anger, bargaining, depression, and acceptance. As a couple, learning to cope with loss and grief is a very important part of the infertility process.

Once a child becomes a part of a family, the parents are constantly “coming out” as being LGBTQ+. This is unique to GLBTQ+ families. If you’ve been around children, you know they’ll say whatever enters their minds. You can’t be shy about being GLBTQ+ as this fact will be brought forward over and over again!

Families come into counseling for similar issues regardless of the sexual orientation of the Parents. Some of the issues are: Dad drinks too much. Mother has a boyfriend. One of the parents is very ill. My daughter was arrested for having drugs on her at school.  Parents divorce and new parent figures are brought into the family system. The “I have two Moms or two Dads” issue usually isn’t what brings GLBTQ+ families into therapy, but it can be.

JWA: Although LGBTQ+ communities have had incredible progress over the past 20 years, the suicide rates among gay youth continue to skyrocket. What do you think can account for this epidemic?

CM: I’ve provided some clarity on this from a piece written by Katherine Schreiber  in Psychology Today (2017).

General risk factors for suicide identified over the past several decades include a family history of suicide, childhood maltreatment, having a mental illness, struggling with substance abuse, experiencing chronic feelings of hopelessness and having access to a means of completing suicide (i.e., access to a weapon).

Risk factors specific to sexual minority youth include gender nonconformity, low (or lack of) family support, and victimization for being a sexual minority. As I have stated before, LGBTQ+ youth are the only minority whose parents are not of the same minority. Therefore, youth who are burdened with suicidal ideation may not talk to their parents about it. The youth is still trying to come to terms with their sexuality themselves.

Factors that protect against suicide in youth include having a positive relationship with one or more parents, feeling positively connected to and included in school settings as well as feeling involved in a group of peers.

Specific to sexual minority youth, family cohesion, school safety, and the perception of being cared for and about by adults outside the nuclear family have been found to lower the risk of suicide and suicidal ideation. 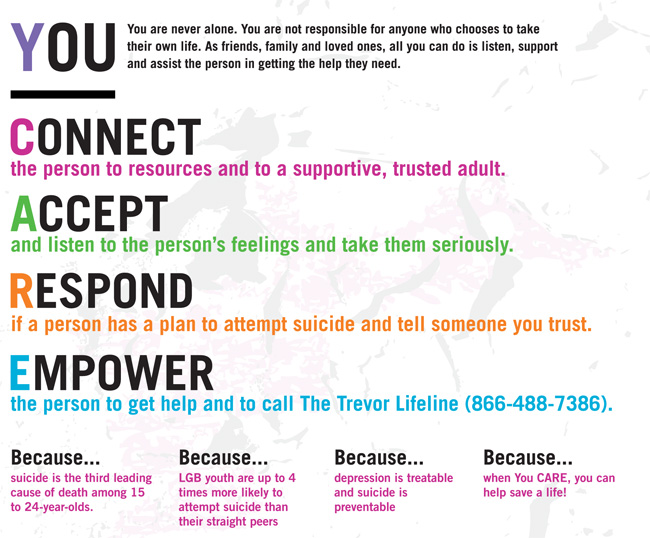 If you identify as an LGTBQ+ youth and are in crisis, or know someone who is, call The Trevor Project: 1-866-488-7386. Learn more about preventing suicide.

JWA: Finally, you have recently started practicing the Gottman Method when counseling couples. What are the differences in this method and traditional couples’ therapy, and have you noticed differing results? How so?

In college, I had a double major—Psychology and Biology. Evidence based theories based on research are the best way for me to practice with clients. The Gottman Method is evidence based.

John Gottman, Ph.D. has spent 42 years studying couples and has learned to predict with over a 90% accuracy rate, which couples would end up happy, unhappy or divorced, based on this research.

This research tells me what works and what doesn’t. And I can now teach couples successful ways to connect to each other.

It isn’t hard to learn, but it takes practice applying it to the couple’s relationship. Not brilliant insight, earth-shaking empathy, or remarkable patience.

It’s natural for couples to argue or disagree with each other every once in a while. But, when the couple finds itself fighting, and losing respect for the other, it’s time to address the situation before it gets worse. I can work with couples to help them better communicate and work through the issues that most impact their relationship.

READ PART ONE OF CANDY’S INTERVIEW.

Take a minute to check out Candy on Instagram, and visit www.candymarcum.com to learn more about the services that she provides.