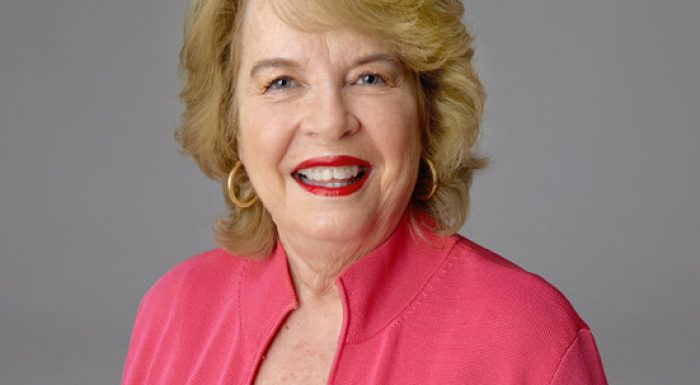 The counselor has spoken, and shared with us some insight into what it means to help others.

We take the work that we do for our clients seriously, and have a commitment to share their stories with the world. We recently sat down with Candy Marcum of Candy Marcum Counseling to dive into what makes her tick, and to better understand the trials and tribulations she’s encountered along her journey of specialized counseling services to the LGBTQ+ community for the past 30 years.

J. Waylon & Associates: Considering the number of years that you have been practicing, and specifically with LGBTQ+ communities, there must have been a time when it wasn’t a popular thing to market. How did you handle that?

Candy Marcum: In 1981, I met a man named Howie Daire. He was starting a Gay and Lesbian Counseling Center, The Oak Lawn Counseling Center (OLCC). He had found funding from an individual. He found a site and had a phone number. All he needed was another counselor (me) and letting people know we were in business. Our business…..Gay Affirming Counseling. No professional counselor or psychiatrist in Dallas was “out” themselves nor did anyone market themselves or counseling business as one that treats Gays and Lesbians. Howie and I started marketing OLCC by attending Gay and Lesbian organizations and businesses. That would be the gay and lesbian bars and the “Dykes on Bikes” group!

OLCC began to grow. We needed more Counselors than the two of us. I had started a private practice and could only give a couple of days a week to seeing clients at OLCC. At that time there was no Dallas Voice Publication. I contacted the Dallas Morning News in order to advertise for a Professional Counselor and was told I was not allowed to put the words gay, lesbian or homosexual in my ad. I used the words “Alternative Counselor” in hoping professional counselors would understand the code.

There was a need for Gay Affirming counseling in the Dallas area. Word spread about Oak Lawn Counseling Center. Via the grapevine, we heard some criticism from Gay and Lesbian Counselors who had private practices but were not out. They were concerned about the competition coming from OLCC. We met with a couple of these counselors and assured them we were charging our clients a lower fee which should not cause competition with them. I’m saying this because you would think discrimination of the work we were doing would be coming from the straight population but interestingly, it came from the closeted Gay and Lesbian professionals.

At that time, it took courage to be out in your professional field. I believed that then and I believe it now in 2018. Coming out is nothing short of an Act of Courage.

JWA: During the height of the AIDS epidemic, it is presumed that you had patients who were HIV+. Understanding that at the time (during the early 80’s), there was little known about the disease, where did you draw your strength to counsel those patients, and how did you offer hope in situations where there was none.

CM: The AIDS epidemic is a period in time that defines who I am both professionally and personally. I watched friends, collogues and clients become infected and die—every one of them. The AIDS epidemic became visible in 1981. No one knew how the virus was spread. There was no treatment that offered a cure. It was not until 1996 that “the cocktail”, a combination of medicines that offered hope for many, came into being. For over 15 years, young people became infected and knew they would die. Many of their caregivers were also HIV+. The caregiver was looking at his own future as he took care of his partner.

How this presented itself in my office was in this way: A young man would ask his parents to come to counseling. There, he would come out to his parents as a gay man. Then he would disclose he was dying of AIDS. Heartbreaking. As my clients became too sick to come to my office, I went to either their hospital room or their homes to conduct psychotherapy. I also had trouble billing them for this psychotherapy. I saw many clients for free.

This disease damaged people on several levels; mentally, physically and financially. I liken this time for me as being caught in a war. Friends, collogues and clients were all sick and dying at the same time. And yet, these very same people would say this was the best time of their lives. They took better care of themselves. They learned how to be more intimate with partners, friends and family. Their attitude was one of hope. I took this energy and perspective from them. They taught me how to live and how to love and how to die.

Because our government was slow to act on this epidemic, people on the local level had to come together to treat, support and advocate for our loved ones. This epidemic lead me to political action and activism. This trajectory of political advocacy has defined my life and brought more meaning to me than I could ever have imagined.

JWA: While LGBTQ+ communities have made incredible strides over the course of the past two decades, there are still places where gay conversation therapy is still legal. What is your take on the practice?

CM: Gay Conversion Therapy is one of the most damaging treatments a GLBTQ+ person can experience. I believe this so-called Therapy is about homophobia—the irrational fear of, aversion to, or discrimination against homosexuality or homosexuals. It is never surprising to hear about someone who is performing Gay Aversion Therapy turning out to be a closeted gay person. The therapy I provide GLBTQ+ clients is called Gay Affirming Therapy. All people regardless of gender or sexual orientation have value and deserve to be treated by qualified affirming counseling professionals.

JWA: You counsel gay and straight couples alike. Have you found there to be compelling similarities or differences between the way each set approaches a relationship?

CM: Gay and straight couples have more in common than not. They both love, want to commit to relationships and want to be happy in these relationships.

A 12-year study by Dr. Gottman and Dr. Robert Levenson of the University of California at Berkeley found that same-sex couples are less likely than straight couples to use hostile emotional tactics—including domineering, belligerence, and fear—with each other. And according to Dr. Gottman, “The difference on these ‘control’ related emotions suggests that fairness and power-sharing between the partners is more important and more common in gay and lesbian relationships than in straight ones.”

JWA: Technology has certainly changed the way in which singles interact and potentially find a partner. Are apps like Grindr, Tinder and OKCupid healthy vehicles to finding love, or is the “swipe left” feature too quick to write off a potential connection?

CM: Apps like Grindr, Tinder and OKCupid are about connecting, but not connecting in a meaningful intimate way. If you are looking for a partner, connecting sexually is not the first thing to do. When you have sex with someone you don’t know well, it creates a forced intimacy. Wait to become sexual with someone until you’re sure they will be in your life for a while.

I believe you can meet people many ways. Meeting someone online is just as legitimate as meeting them through friends or organizations or church. The online app needs to be more about relationships than having anonymous sex. You will know the difference in the two types of sites by the pictures posted. Relationship apps have more headshots posted and less chest or nude photos!

Take a minute to check out Candy on Instagram, and visit www.candymarcum.com to learn more about the services that she provides.