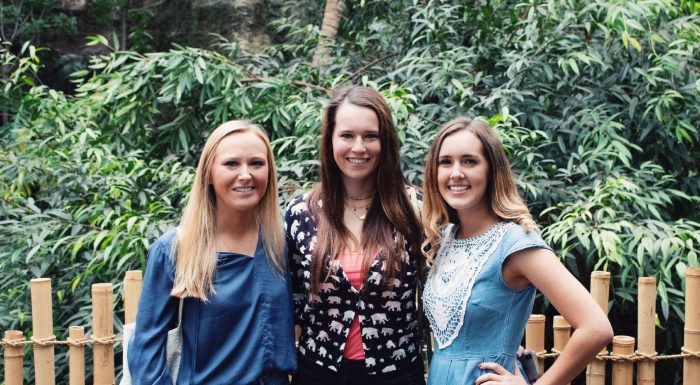 Our agency is known for our field trips. We enjoy getting out of the office and creating new experience throughout Dallas and beyond. This past week, we let our interns in on the action and sent them on a mission.

With cameras in tow, they headed West – for four blocks – to visit our client, Dallas World Aquarium, with one goal in mind: gather as much digital content as possible in the course of two hours. Briana, Courtney, and Mira accepted the challenge with smiles (and a whole lot of SD cards) and spent their time running around creating memories and capturing their experience and the lives of those airborne, terrestrial, and water-bound!

Before heading out for their day at The Aquarium, we asked each of the interns about their expectations and what they were looking forward to seeing. Briana shared that she was most excited to see the manatee, where Mira was looking forward to capturing the beauty behind the glass. Courtney was thrilled to take it all in as it was going to be her first time to experience DWA! From sloths to sharks to spiders (oh my!), they encountered all kinds of creatures.

The first thing the interns noticed as they walked into the top of the Orinoco Rainforest Exhibit was the sound of birds chirping and children gasping in awe. As they continued along the path past the vibrant waterfall, Briana was careful to keep her eyes up as they approached a tree housing a sleeping sloth. Lucky for them, he was perched in an opening, ready for his closeup! He was definitely a fan favorite.

Stopping to snap some pictures of a majestic aracari, they continued along to the alligator enclosure. When Courtney saw how large they were, she quickly moved on to see the otters. Taking a play out of Courtney’s book, Briana and Mira decided to move past the spiders, snakes, and electric eel enclosures.

The girls stopped for a quick photoshoot to capture the unique beauty of the indoor waterfall. Mira took the opportunity to snap some headshots and get a group picture with the entire JWA team!

Racing for the stairs, Briana made her way down to the highly anticipated manatee exhibit where she stopped to capture a pic with her favorite underwater friend. With his plank in tow, the manatee quickly got camera-shy and retreated into his enclosure. Shortly after, the interns spent some time photographing the penguins, who clearly had no problem striking a pose.

The team finished up the day spending some time at the Continental Shelf Tunnel, arguably the most photo-worthy backdrop in the entire DWA zoo.

Once their cameras were full and their stomachs were noticeably empty, CEO Waylon ended their “90 minutes of non-stop content” by declaring it lunchtime. While dining on Cafe Maya’s delicious chips and queso, the staff of JWA bonded over the many wonders they had experienced together.

By the end of the day, the interns were amazed by DWA’s incredible efforts to showcase a world beyond our own. Through their conservation efforts, the aquarium staff has created an environment where families can learn about the preservation of the creatures inside.