What To Do In Dallas This Weekend – April 4-7 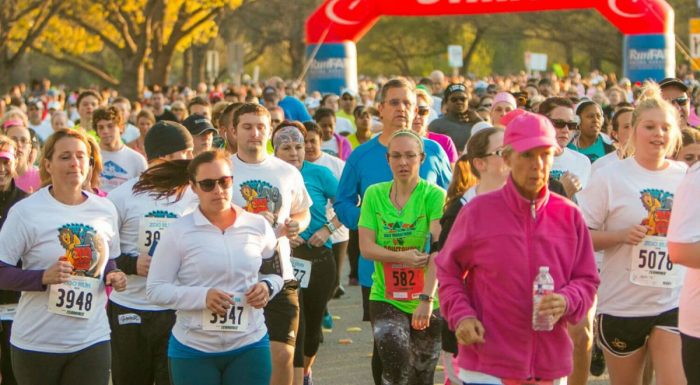 New York Times bestselling author Laurie Halse Anderson will hold a signing of her blistering new memoir, “SHOUT.” In 1999, her groundbreaking novel “Speak” broke barriers for a national dialogue about rape culture. 20 years later, she will reveal her personal history as a rape survivor in Dallas tomorrow.

April 4-7 – Dallas Blooms At The Arboretum This Season

Dallas Blooms, the largest floral festival in the Southwest, features a larger-than-life picnic comprised of a 40’x40’ blanket, a flowery vase and a giant ant. Each week of the two-month festival highlights one of the best picnic scenes in movie history, including “Picnic,” “To Catch a Thief,” “Out of Africa” and “Up.” The annual event ends this Sunday.

Run through the 817 with your woes at our state’s oldest zoo, in support of its worldwide conservation and education efforts. Runners are encouraged to dress up like their favorite animals.

General Admission: $28 and up.

General Admission: $2, free for children of age 11 and below.

April 7 – Selections from the 2019 SOLUNA Festival

Dallas Symphony Orchestra will perform international compositions, followed by a champagne toast, in this annual arts festival. Selections include Mozart’s “Overture to the Magic Flute” and Julia Wolfe’s “With a Blue Dress On.”

General Admission: $15 and up.