The Girl Behind The Pearl, How Attorney Diana Bandoh Began Her Women’s Empowerment Jewelry Enterprise 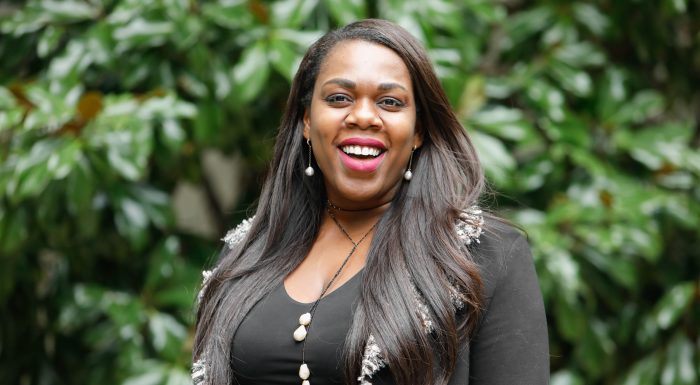 It is common for ambitious, educated people to move to Dallas, work hard for one of its many thriving businesses and eventually find their place in the ranks of the local business elite. What is less common, however, is finding someone on the path to becoming an elite who dreams of selling handmade treasures.

Except her product is almost as priceless as her story. Enter Diana Bandoh, jeweler at law.

“I have a long list of allergies, including certain metals,” says Diana, who has officially sold her collections online and in-person since last September. “So my jewelry is made with real silver, gold, genuine pearls and is almost exclusively handmade by artisans in Dallas.”

Her product lines – Pearls and Stones by DB and The Bandoh Collection – capture the versatility and timelessness we cherish the Kendra Scott’s and James Avery’s for. Diana designs her Pearls and Stones pieces with the uniqueness of every woman in mind, often using one-of-a-kind baroque pearls to create jewelry tantalizing for its elegance and simplicity. With prices generally ranging between $100 and $250, her high quality pieces sit at an incredible value!

Diana prefers, in her own words, “jewelry pieces that look just as great with jeans and a tee as they do with an evening gown.” This same mantra goes for her namesake collection, providing the finest combinations of precious stones including diamonds, zircon, rubies, morganite and sapphire, as well as karat gold with more upscale pricing.

Diana’s jeans and tee days are equally fascinating. Born in Massachusetts to West African parents who came to America to attend Harvard, Diana was always less concerned about the social norms carried by her contemporaries.

“My mother travelled a lot for work when I was growing up,” said Diana. “While she was gone, I would play with her jewelry and wear her perfume around the house.”

Although her parents always prioritized good grades in their household, Diana’s loves for ballet and modern dance and fashion were also nurtured during her independent moments of imagination.

“I took an entrepreneurship class and found my calling,” said Diana. “I knew entrepreneurship was the path for me, but was in my last year of law school and kind of needed to focus on graduating instead of starting a business.”

Diana graduated from law school in 2014 and went to work for Goldman Sachs in 2015 as a licensed attorney. At Goldman, she used her Spanish speaking and reading abilities to help streamline contract negotiations with clients in Latin America. Nonetheless, she still had a burning desire to express her creativity, and it was a chance meeting with a lawyer’s wife, Janelle Stone, that changed her life forever.

“I was at a reception in Park City and a woman with the most incredible hair showed up,” recalled Diana.

“I felt awkward for continuing to stare so I went up to her and said, ‘I love your hair!’ She laughed and after talking for a few minutes said I was adorable, and that she wanted to take me to Bali. I thought it was a joke or something, but we ended up going a year later.”

Diana and Janelle went to Bali for 16 days in April 2018. While there, Diana realized jewelry was more than just “the biggest line item” in her budget – it was also her calling, and decided to start a business that both sold jewelry and inspired women.

“I found the way oysters produce pearls to be both interesting and analogous to a woman’s life. So many of us experience incredibly traumatic and painful things, and I think about those like the nucleus of a pearl.”

While in Bali, Diana contacted her friends to see if they were interested in buying any of the Indonesian pearls which sparked this epiphany, which resulted in her receiving a few thousand dollars in less than a week so she could bring back pearls her friends ordered.

Diana started her business through Etsy last June, began designing her own pieces in July and launched her website in Nov. 2018.

Now a full-fledged example of pioneerism, Diana will continue growing her brand and expanding her business ventures this year. She also encourages young businessmen and women to follow suit.

“I could not be more excited about the future of American business,” she said. “Entrepreneurs are the backbone of the economy, and there are so many exciting ways to change the game in every industry. I want to help inspire the next generation of entrepreneurs with my line of beautiful jewelry from the heart.”