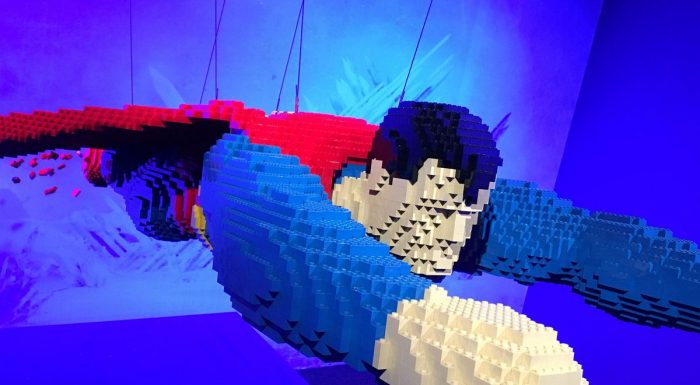 February 28 – The Art of the Brick, featuring Millions of LEGOs!

Open since the 23rd, the traveling “Art of the Brick” exhibition presents the world’s largest assortment of LEGO pieces around to create everything from da Vinci and Van Gogh masterpieces to innovative feats of engineering. This groundbreaking multimedia event will headline the 2018-2019 season lineup at Dallas’ legendary Perot Museum of Nature and Science.

The Sixth Floor Museum at Dealey Plaza and The Dallas Tourism Public Improvement District are presenting a new temporary exhibit to Dallasites in remembrance of Former President John F. Kennedy’s death 55 years ago. Paying tribute to his life and legacy, the exhibit is a visual collection of popular magazine covers to showcase a timeline of one of our nation’s most iconic politicos.

Fort Worth native and American Idol alumna Kelly Clarkson makes her return to the metroplex this week, this time arriving alongside Brynn Cartelli of The Voice fame. Both performers will perform selections from Clarkson’s 2017 record Meaning of Life.

February 29 – Dallas Blooms At The Arboretum This Season

Dallas Blooms, the largest floral festival in the Southwest, features a larger-than-life picnic comprised of a 40’x40’ blanket, vase of flowers and a giant ant. Each week of the two-month festival will highlight one of the best picnic scenes in movie history, including Picnic, To Catch a Thief, Out of Africa and Up.

For those preferring more highbrow Friday nights, Dallas Opera kicks off their first week of March by putting on the prestigious Manon Lescaut. From the mind of Giacomo Puccini in his early years – one of the greatest composers of late 19th century opera – this adaptation follows the ill-fated romance of a woman falling in love with a rich man who offers more than she can handle.