Politics In Advertising: Is There Ever A Right Time? 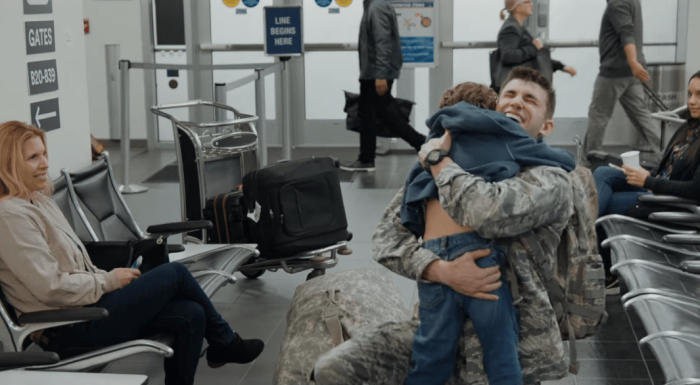 A tone deaf truck ad, a weird Diet Coke placement, lots of ads that went for humor, a few that went for the emotional jugular, but a whole lotta boring at this year’s Superbowl. However one theme in particular stood out, (other than the fact that this year’s crop of ads were pretty lame)– this year’s ads tended to skirt politics and shoot for straightforward laughs.

Two headlines from the New York Times say it all:

Last year the Superbowl was inundated with politically saturated advertisements. In true Airbnb fashion, the “We Accept” campaign made us reach for a tissue with its kaleidoscope featurette that the world is made better for our diversity. Both Coca- Cola’s multilingual “America the Beautiful” ad and Budweiser’s Germany-to-America immigration commercial showcased the real American dream. Many of the advertisements were clear rejections of the “Trumpian” dialogue that dominated the news cycle at the time.

Google entered the fray with a much less ham fisted commercial featuring people of all races and ethnicities. With a gay pride flag in tow, the message ended with simply, “welcome home.” We will create the writing on the wall that what Google meant to say was: “America is the home of every single person who resides here regardless of race, religion, ethnicity, or creed.” It’s A 10, a professional haircare company, chose to directly troll the president with an ad that stated, “America, we’re in for at least four years of awful hair…”

However, the political ads didn’t stop there. 84 Lumber aired an ad featuring a Spanish-speaking mother and daughter juxtaposed against the much-debated border wall, but Fox deemed that part too incendiary and forced them to edit it out. Audi tackled gender pay inequity with a powerful 60-second spot of a progressive father’s internal dilemma. “Do I tell her that despite her education, her drive, her skills, her intelligence, she will automatically be valued as less than every man she ever meets?” You get the picture.

Last year was ridiculously political for an event whose commercials historically feature things like talking babies. This year changed all of that with companies such as the New York Times stating that advertisers are “focused more on humor and nostalgia.” The only politically leaning ads seemed to be the poorly received Ram ad and a Coca-Cola one focusing on inclusivity. “There’s a coke for he, and she, and her and me and them…” and a couple of philanthropically focused spots.

So that begs the question: Are companies scared of rejection?

Peter Anderson, a Professor of English at Austin College, explains that “companies are scared to run counter to the wave of cultural conservatism which has so recently thundered across the country because doing so risks incurring a backlash too powerful to handle.”

The recent blunders by Keurig epitomize Anderson’s point. You may recall that in November, former Alabama Supreme Court Justice Roy Moore was in the midst of a heated special election race for a seat in the U.S. Senate. What you are probably more likely to remember is the sexual molestation accusations leveled at him. Sean Hannity at the time used his show to express large levels of skepticism about the claims. This, of course, prompted a backlash not only against Hannity, but advertisers for his show.

Keurig was one of several companies that pulled its advertising from Hannity’s show in the wake of the controversy. This of course enraged his viewership leading many to smash their Keurig machines and the #BoycottKeurig to trend. The company’s CEO then apologized for “taking sides”, a move that did little to quell Hannity’s supporters and deeply offended the side of the aisle which had supported Keurig’s decision. 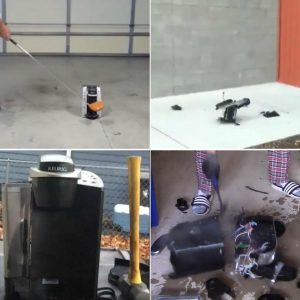 This made us think hard about the delicate balancing act companies are constantly treading. In marketing firms, the question of politics is one we all too frequently confront. As we touched on in our article, “Advertising to the Nation’s Largest Age Group, Millennials ”, one of the only safe times to dive into politics is if you’re targeting a specific demographic.

Evangelicals overwhelmingly voted for Trump, Millennials are overwhelmingly liberal, conservatives aren’t convinced on climate change and liberals are all for it being codified as fact. Even then there are still sizable minorities in each of these groups that disagree with their cultural counterparts.

When you take all of this into account, it’s much harder to fault brands that decided to steer very far away from politics. It just seems like a lose-lose game. It’s also extremely hard for brands to come across sincere when they do take a side. Audi’s ad for pay equality was lauded, but also generated backlash from people who pointed out a lack of females in the company’s leadership.

And many times companies clearly are just being opportunistic, using things in their advertising that they clearly don’t understand. Ram was a perfect example of this during the 2018 Superbowl. Despite not having a history of helping the black community, they layered one of Martin Luther King’s speeches over one of their commercials. This was bad enough as is, but to top it off, the meaning of that particular speech was completely missed by Ram executives. Dr. King gave the speech in opposition to materialism, making it antithetical to use it in a commercial selling trucks larger and more damaging to the environment than necessary.

The lesson companies have learned was that it is better to shoot for laughs than risk the backlash. And we honestly can’t blame them. Our country has polarized to the point that it is dangerous to make any kind of statement ever. Everything is an attack on someone else and civil discourse has been thrown out the window. Even an article like this, which states nothing but facts, and nothing at all that betrays a political leaning, will probably end up enraging somebody somewhere– if only because we chose to be impartial rather than taking a side.

Until we can return to a world of civil discourse and respect for facts, it’s too dangerous for companies to make political statements. If you’re not going to make politics a central tenet of your company’s values it’s just not worth wading into the fray. Because of this we’ll be starting a series of articles about navigating through these new polarized waters. Everything from espousing politics to philanthropy to just trying to be funny without accidentally offending someone will be discussed. This new era of advertising is a dangerous one, but we’re here to help you through it.

This article was written by Cameron Sharpe for J. Waylon & Associates in collaboration with our partners at Critical Launch.