If Only Marie Antoinette Had Damage Control 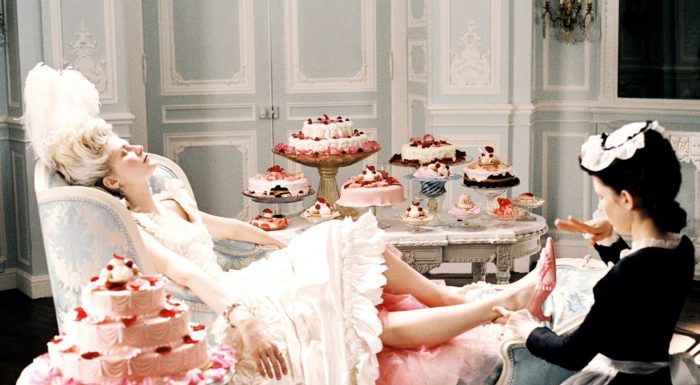 I know what some of you are thinking: “Of course she didn’t. She spoke French!” But here’s the deal. She didn’t say the french equivalent of the phrase either, and according to our research the phrase occurred some 30-100 years before the Austrian princess even arrived to France.

So she didn’t say it. Does it matter? Perhaps most importantly, what does all of this have to do with marketing and PR?

Marie Antoinette was more of a tragic figure than anything else. She was no worse than any other queen or monarchical ruler for her time, and in fact, had she been better at damage control – or would have had a competent husband (Louis XVI was the real dud in this partnership) – her modern reputation may have been that of a strong and capable, independent woman.

Even renowned institutions put a spin on her tale, painting the young queen as an exceptional, luxury-loving spendthrift. No one is denying the fact that she liked spending money (who doesn’t), but there was nothing exceptional about the way she did it. She was no better or worse than her contemporaries in any of the areas she is usually lambasted for. She was simply a product of her time.

What Antoinette didn’t have was a team of seasoned communication experts, and that is why to this very day she can’t get a fair shake. Her infamousy is sealed and it belongs to the ages.

Antoinette is a victim of both circumstance and our inherent negativity bias. The fact is that we love a salacious, exaggerated story over the truth, she never really had a chance to begin with. As a woman in the 1700’s, she was already looked down upon and was easy to insult, find fault with, and blame for the French Kingdom’s problems. Women at the time had it so bad that even Antoinette’s mother, the Empress Maria Theresa, actually had to fight a war to prevent a man from taking Austria away from her based solely on the idea that a woman didn’t have the right to rule.

So how does this pertain to the modern day?

There are many industries that face this sort of uphill public relations battle from the very beginning: oil and manufacturing power execs, GMO’s, attorneys, pharmaceutical companies and the federal government, to name a few. If she, like any of these industries, had taken steps to circumvent the effect of public perception, or attempted to change her image, she would have fared much better.

For example, it was “big oil” who started the anti-climate change movement to improve its own PR, who recently launched creative campaigns with bold statements like “powering a manufacturing revival,” or “the industry behind jobs…across the nation,” and “researching alternative fuels.” If you watch one of the the spots, you’ll see it is really a masterclass in branding – turning big oil from science-denying-world-destroyers to family-friendly job creators who want our nation to be smarter.

You don’t even have to be hated on the scale of big oil to need good PR and branding (or rebranding if the fire you start is big enough). Just ask Justine Sacco. A communications executive herself, an unfortunate tone-deaf tweet while on an eleven hour flight to South Africa would end her career and make her one of the most hated women in America. Her life as she knew it changed with just the tap of a few characters on Twitter: “Going to Africa, Hope I don’t get AIDS. Just kidding. I’m white!”

Justine believed she was uttering nonsense – a moment of levity that could not possibly be perceived as a serious statement. The public perception however was something much different, and the seemingly innocent but insensitive tweet sent her reputation into a tailspin and set fire to her entire public life.

The point is that both brands and people make mistakes. It’s inevitable. Sometimes sound bytes are taken out of context and ultimately painted in a negative light, and sometimes comments are just plain cringe-worthy and are in need of some serious spin. Either way, if you’re Marie Antoinette and the public is blaming you for France’s debt, or you’re big oil and millennials hate you, you need to have a PR strategy in place. One that dives heavily into damage control and character restoration.

Frankly speaking, you probably need a dozen in place, because once the public makes a judgement call, it calcifies and the damage won’t take care of itself.

If you find yourself in a sticky situation, let us know.

This article was written by Cameron Sharpe exclusively for J. Waylon & Associates as a part of an on-going series.