HERstories: Honoring Women Who Are Making A Difference 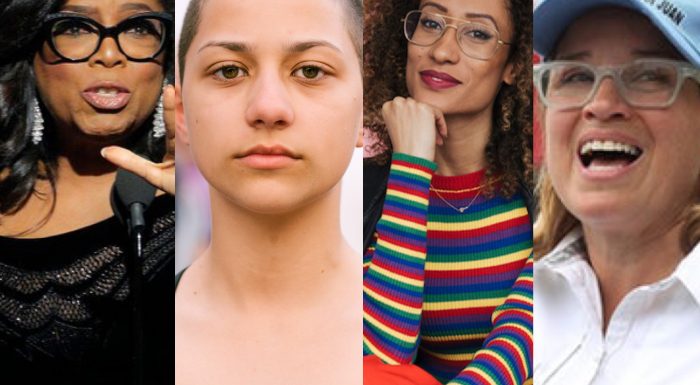 This article was co-authored by Sean Charles.

While what we do at JWA is public relations, I’ve always preferred to call myself a storyteller. I take seriously the work that we do and look for every opportunity to share the amazing stories of our clients in compelling and interesting ways.

Since starting my agency, I’ve purposefully sought out powerful women as clients. I have so much admiration for female entrepreneurs, and have challenged myself time and again to go above and beyond to represent them with dignity and respect. Perhaps, in part, because I understand the dynamic relationship that exists between women and gay men.

History tells us that at the beginning of the gay rights movement, women stood hand-in-hand with the LGBT community in solidarity, because the struggles of gays and lesbians resonated with their own plight and fight for equality. In some way, my work is driven to repay their generous efforts to help me, a gay man, achieve full equality.

While today’s political climate isn’t making it any easier for women to progress, there is a silver lining. Our sisters have ignited an unquenchable fire and the troops are larger, louder and prouder than ever. I find solace in the unprecedented number of protesters marching in New York, Chicago, D.C. and cities throughout the globe demanding that their voices be heard. While the glass ceiling may still exist, the cracks are widening with every chant of “time’s up.”

There is hope. We’ve witnessed the fall of Hollywood power executives, in part thanks to Rose McGowan who had the courage to tell her story – and to Ronan Farrow (Son of Mia Farrow) who published it. The world witnessed Carmen Yulín Cruz, Mayor of San Juan, who spoke truth to power to fight on behalf of her people for the help that was inexcusably delayed following Hurricane Harvey. Even Wonder Woman herself finally landed her own headlining film franchise that grossed an estimated $1B at the box office.

We continue to see a new wave of #girlpower. Emma González, a student from Parkland, Florida witnessed the brutal massacre at her school and has now become a voice for gun control. Elaine Welteroth, an editor at Conde Nast is using her position to move the needle. While at Teen Vogue, Welteroth invited Hillary Clinton to guest-edit the entire Volume IV issue. The result was a magazine that served as a feminist beginner’s guide. Malala Yousafzai started her education at Oxford five years after being shot by the Taliban.

I think we can all breathe a sigh of relief in knowing that our future is in very good hands.

We are taking this month – Women’s History Month – to honor the many women that inspire us and that we are proud to represent. Over the course of the next several weeks, we will publish features of them, their work, and the incredible gifts that they are sharing with the world.

I would love to hear about the women that have inspired you. Leave a comment below and share with us your own tale of a woman making waves.

To the many women that are standing up and taking their place, this month is for you.

Greatness!!! Thank you for sharing!!!