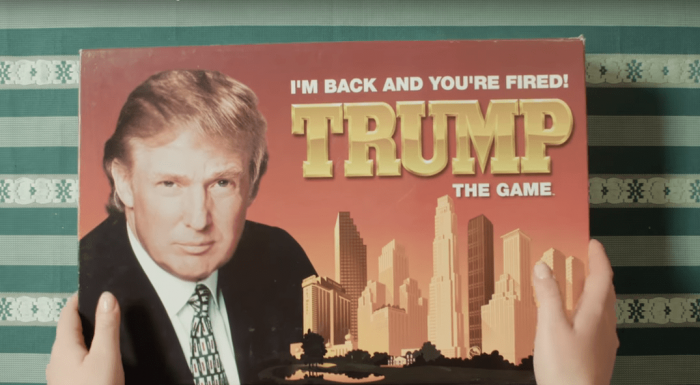 The opening of the new Museum of Failure in Los Angeles got us thinking about why marketing and public relations are so important– at first we were going to write an analytical piece pulling from scholarly sources about why startups need to retain a marketing and PR firm. However, that seemed a little dry for the week after New Year’s Eve. Therefore, as a gift to our readers, we’ve created a piece over the greatest marketing disasters of all time, because everybody loves a good trainwreck – (and that’s not just a metaphor). 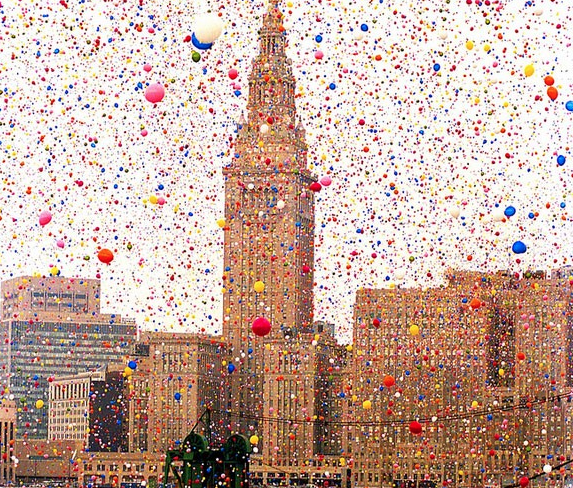 It was 1986, a different time– Ronald Reagan was President, Sarah Ferguson and Diana Spencer were still among the royal family, and the environment was the last thing on anyone’s mind– oh wait, that one might still be true. So when United Way proposed a fundraising publicity stunt involving the release of 1.5 million balloons in Cleveland, it was met with an outpouring of excitement. Unfortunately for The Cleve, an incoming storm pushed the balloons down into the city’s center, filling the sky with a cloud so thick that planes and helicopters had to be grounded. The worst outcome however, was the fact that thousands of balloons landed in Lake Erie, making it next to impossible for the Coast Guard to see the bobbing heads of the two men they were trying to rescue. Multiple lawsuits later, United Way was out millions of dollars.

In another stunning illustration of the necessity of History and Political Science majors, we have this 2015 Urban Outfitters blunder. Somehow no one at Urban Outfitters realized that selling a drab, greyish and white-ish striped tapestry with an upside down pink triangle on it would be inappropriate. The item in question severely angered the Anti-Defamation League who has stated that the tapestry is “”Eerily Reminiscent” of Holocaust Garb.” Research on cultural symbols will tell you that the pink triangle when right side up is a reclaimed gay rights symbol. Why did it have to be reclaimed? Because the Nazi’s decided to demean homosexual men in their concentration camps by marking them with upside down pink triangles on their greyish and white-ish striped prisoners garb.

The Panasonic Computer with the Unfortunate Name 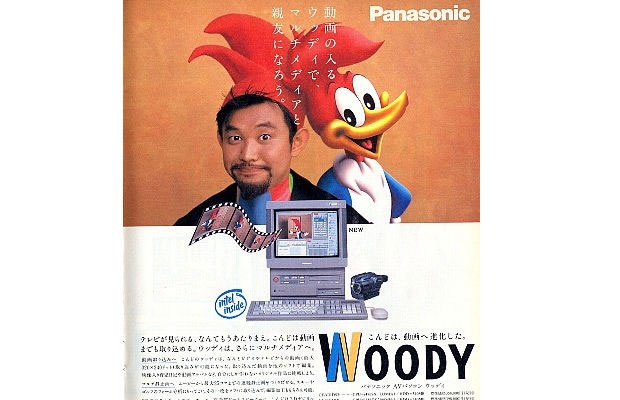 In a clear illustration of the importance of hiring folks with a good sense of cultural awareness, we present Japanese company and electronics guru Panasonic accidentally making a dick joke with the rollout of its then-new computer. In 1996, Panasonic developed a touch screen computer, which while nearly ubiquitous now, was quite visionary for the 90’s. Panasonic wanted to use a mascot to promote this new computer– which in and of itself isn’t a bad idea. If done correctly, such a move can boost name recognition and promote positive brand associations. However this idea went wrong from the get-go with Panasonic landing on Woody the Woodpecker as the computer’s mascot. Yes, this is going exactly where you think it is going. The company decided to name the computer “Woody” and created the slogan, “Touch Woody– the Internet Pecker.” When the company was finally informed that their new name and slogan could be seen in a sexual manner, the company panicked and postponed the product’s launch. Renaming the computer and changing all the pre-approved advertising and printed work would have cost millions, so Panasonic decided against a name change and instead changed the name of the touch screen from “Touch Woody” to “Woody Touch Screen.” And while it would be ridiculous to employ enough people to check if a product would work in all 195 countries of the world, it’s not hard to see that it might be prudent to at least employ people with an understanding of your bigger markets. 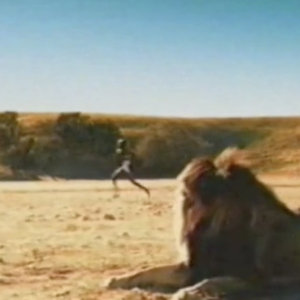 Honestly I don’t even know where to begin with this one, because you’d hope that just being a functioning human would be enough to prevent a PR disaster of this scale. Just for Feet was a shoe company trying to expand its market share, so in 1999 they purchased Super Bowl ad time and then heavily advertised a promotional campaign in which everyone who watched the commercial would be given the chance to call in and possibly win a Hummer. All in all, this was a good plan and if functional people had been in charge of creating the commercial, Just for Feet may have become the megaforce it was attempting to become. When the commercial aired, audiences were treated to the image of white male hunters in a Hummer, hunting a barefoot Kenyan man; the hunters then proceeded to catch the Kenyan, knock him out and put Just for Feet shoes on him; the Kenyan man then wakes up, screams and runs off. I’m just going to leave it there because the insults are just too easy. Just For Feet closed its doors in 2004.

The Social Media Disasters of the NYPD and Mcdonald’s

A lot of business owners think they can run their own social media without consulting a firm. This leads to mixed results, with a lot of hilarious disasters to watch from the safety of our screens.

For example, when the New York Police Department launched the #myNYPD campaign asking New Yorkers for photos with cops, we assume they were hoping for hugs and rainbows. That was not the case. Twitter immediately erupted with hostile posts of officers treating citizens roughly, using their weapons, and breaking the law.

Need a mammogram? #myNYPD has you covered! Forget Obamacare! pic.twitter.com/Fusv3WhiRZ

Of course not even high powered firms are free from making mistakes when left to their own devices. Our next example of these social media disasters is from a real American staple– McDonald’s. McDonald’s seemed to think that by soliciting “#McDStories” from the public that they would flood Twitter with heartwarming stories about McDonald’s trips. Instead they were drowned in critical comments and remarks. As reported by Forbes, Twitter exploded with tweets like, “Dude, I used to work at McDonald’s. The #McDStories I could tell would raise your hair” and “One time I walked into McDonalds and I could smell Type 2 diabetes floating in the air and I threw up.” The moral of all of this of course is, ‘please don’t handle dangerous machinery unless you know how to use it, there are many moving parts and without proper training you’re likely to get severely burned.’ 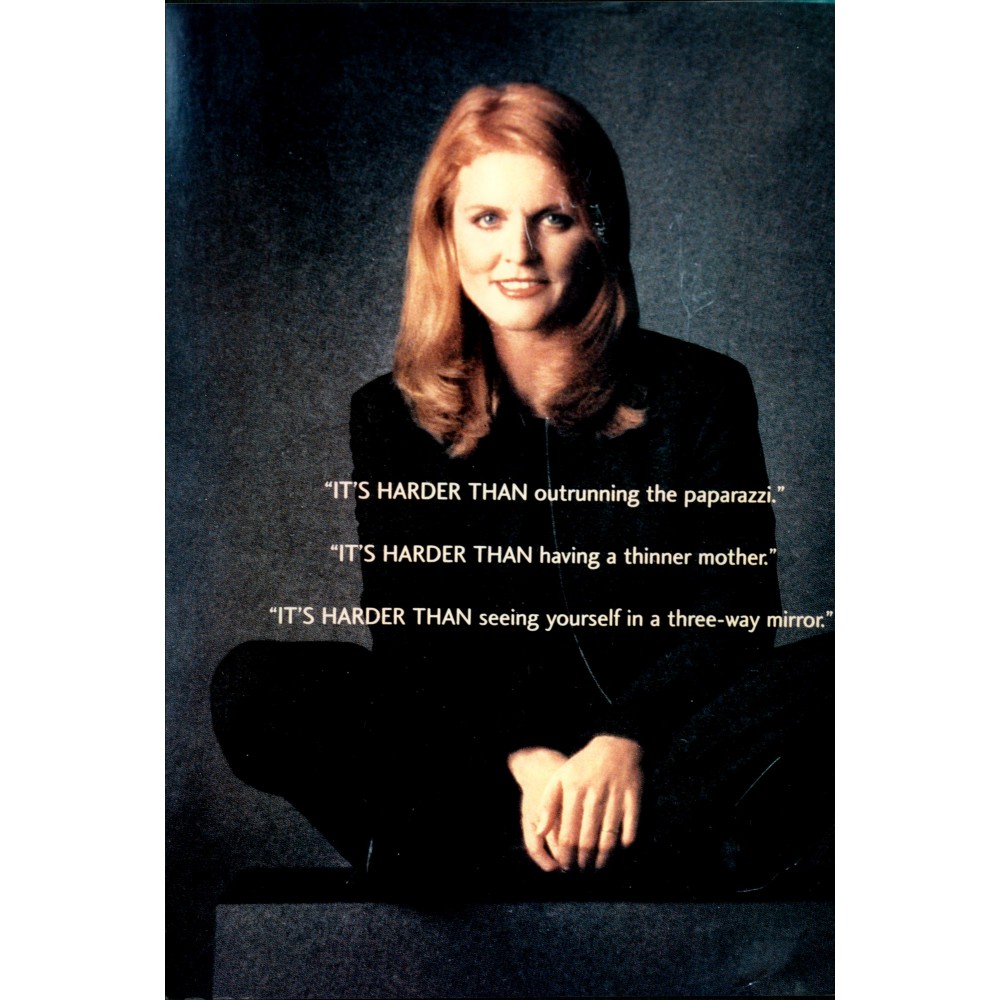 Of course sometimes the failure of an ad campaign is no one’s fault but fate’s– a failure by deus ex machina or force majeure, if you will. In 1997, the Duchess of York was set to launch a new campaign with Weight Watchers using the slogan, “harder than out running the paparazzi,” (in regards to the difficulty of losing weight). Now if you remember anything about 1997, you’ll remember that the year was dominated by one event in particular– the death of Princess Diana, in a car crash some claimed was due to the paparazzi chasing her. Though Weight Watchers quickly pulled the campaign, thousands upon thousands of brochures had already been mailed out when the tragedy occurred. And that is how a cruel twist of fate turned a clever campaign into an insensitive one. 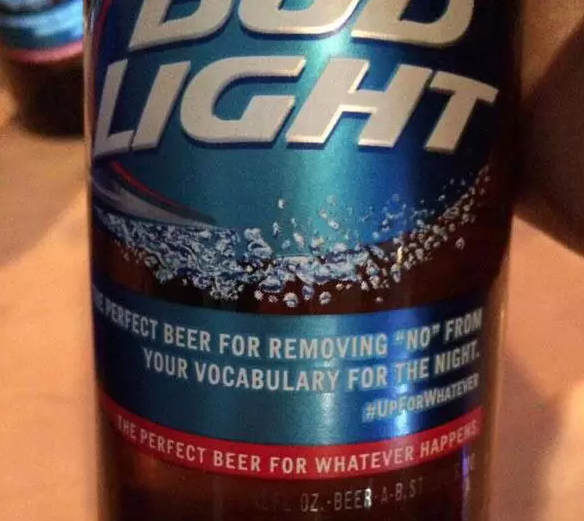 Photo courtesy of The Independent

Now in all fairness we can understand where Bud Light was trying to go with its new ad campaign. They were thinking that alcohol reduces inhibitions and therefore, they were trying to convey the fact that people who responsibly consumed their beer were more likely to try new things, etcetera, etcetera. And if they had just conveyed that, and only that, it would have been a very good campaign. However their slogan, “The perfect beer for removing “no” from your vocabulary for the night” had… well, date rape connotations. As you would expect, the public was very quick to jump down Bud Light’s throat on this– as people should when any company knowingly or unknowingly perpetuates rape culture. Had the slogan been thoroughly researched it would not have been used as any proper focus group would have had at least one person notice the problem with it.

The answer to avoiding marketing disasters like these is simple: hire professionals who know what they are doing. We’re here to help and answer any questions that you may have. Let’s chat.

This article was written by Cameron Sharpe for J. Waylon & Associates in collaboration with Critical Launch.